Cases of Interest litigated by Berson and Budashewitz

In this action Ms. Gjona was a passenger in the motor vehicle that was struck by another vehicle making a left hand turn. Ms. Gjona was 23 years old and suffered a torn meniscus in the left knee and labrum tear of her left shoulder, both necessitating arthroscopy surgery.  Elliot Budashewitz proceeded to trial and was awarded a verdict in the amount of $1.875 million. (Which included, $675,000 for past and future pain and suffering and $1.2 million for projected future medical expenses.)

Braca v. New York Police Department, Supreme Court, New York County (2012)  $750,000 Hip Fracture.  In this matter Berson & Budashewitz, LLP represents a pedestrian who was struck by a NYPD police car as she was attempting to cross 34th Street, near its intersection with 7th Avenue. The NYPD officers claimed that although their vehicle was stopped and running emergency lights and sirens that the pedestrian ran into and tripped over the front of their stopped vehicle. Mr. Berson first had the defense of comparative negligence striken by the Court because of NYPD’s destruction of videotapes of the scene of the accident. Recently Mr. Berson convinced the Court to award his client summary judgment finding the defendants 100% at fault for the accident.

Morel v. Varsity Bus Line, Supreme Court, Kings County (2010) In this matter Berson & Budashewitz, LLP represented a motorcycle operator who was involved in a collision with a school bus, when the school bus made a left turn in front of him. Mr Berson was able to convince the Court to grant Mr. Morel summary judgment on the issue of liability and an award of  $775,000 was recovered.

Insurance Cancellation Action Appellate Division, Second Department (2009) This action was settled for $750,000, the parties names are being withheld in accord with a confidentiality agreement. In this action the insurance carrier refused to defend or indemnify its insured for injuries arising from a motor vehicle accident. The insurer claimed that it had cancelled the insurance policy before the accident occurred. Mr. Berson was able to demonstrate to the Court, in a declaratory action, that the cancellation was ineffective and that the insurer consequently had to defend and indemnify its insured. The matter settled on appeal with the insurance company paying $750,000.

Moye v.Utica First Insurance Co., Supreme Court, Queens County (2010) In this insurance coverage action Ms. Moye was injured when she fell as her car was stolen by a car wash employee. Utica insured the Car Wash but disclaimed coverage under an exclusion for damages caused by theft. Mr. Berson argued that the exclusion for damages caused by theft only applied to property damage and not bodily injury or personal injury as sustained by Ms. Moye. The Court agreed and granted summary judgment in Moye’s favor for $250,000 plus costs and interest from November 2006, resulting in a award of $300,000 for Ms. Moye.

Ms. Alboher was a 31 year old motor vehicle operator that was struck in the rear by an uninsured vehicle. She was diagnosed with a cervical herniated disc with positive findings in nerve conduction testing. She was treated with ten (10) months of physical therapy and consulted with a neurologist, who testified that she should no longer participate in strenuous activities and/or hobbies.

Merzier v. Allstate Insurance Company , Appellate Division, Second Department (2009). In this action Ms. Merzier was injured when she tripped and fell over a defective condition in a two family house. The house was owned by Ms. Merzier’s sister from whom Ms. Merzier rented a room within the house. Ms. Merzier’s sister, reported the claim to her insurer Allstate. Allstate disclaimed coverage on two grounds lack of timely notice from its insured and that coverage was excluded by virtue of an exclusion in the policy for relatives of the insured that reside in her household, commonly known as the “houshold resident relative exclusion”. Although no offer was made by Allstate while the case was pending in Supreme Court, Mr. Berson was able to convince Allstate to settle the action for $200,000 after perfecting the appeal in the Second Department.

Malgranian v. Colonial Cooperative Insurance Co., Supreme Court, Kings County (2008). Malgranian was struck by a window screen while walking by a building in which William K. Construction recently replaced the window screens. Upon receipt of the Summons and Complaint from its insured, Colonial disclaimed coverage and refused to defend or indemnify William K. in the suit brought by Malgranian. Colonial then commenced an action seeking a judicial declaration that it need not defend nor indemnify its insured, because its insured failed to provide timely notice of the accident to Colonial. Malgranian’s counsel retained Berson & Budashewitz, LLP, to represent Malgranian regarding insurance coverage. Jeffrey Berson on behalf of Berson & Budashewitz, LLP, won summary judgment against Colonial, and recovered $250,000 on Malgranian’s behalf.

Ford v Meyers, Supreme Court, Kings County (2013) $225,000 plus an additional $5,000 for medical expenses. Mr. Ford (78 years old) was injured when he fell from a ladder while painting, fracturing his nondominant arm. Summary judgment was granted on liability and a awrd of $225,000 plus an additional $5,000 for medical expenses was recovered.

(Insurance Case of the Year, New York Law Journal) In this action plaintiff was injured when his automobile was struck by a truck. The Department of Motor Vehicle records indicated that the truck was insured by GAN. However, GAN claimed that they never insured the vehicle. Jeffrey Berson attained a judgment of $125,000 on Kleynshvags behalf against the truck’s owner and then commenced an action againsy GAN to recover the judgment. While Mr. Berson was successful against GAN, the Supreme Court limited the recovery to $25,000 the minimum amount of coverage required by New York State law. On appeal Mr. Berson successfully recovered the full amount of the judgment plus interest and costs, approximately $225,000.

A patron to Surgical Socks store fell and claimed injuries. When Surgical reported the alleged incident to its insurance carrier, US Underwriters, they disclaimed on the grounds that Surgical failed to provide timely notice of the accident. Berson & Budashewitz, LLP was retained by Surgical Sock after their prior counsel lost a motion for summary judgment in the declaratory action they commenced against US Underwriters. Berson & Budashewitz, LLP, successfully appealed the Supreme Court’s decision to the Second Department.

Ramos v GEICO, Supreme Court, Bronx County (2008). Ramos was a pedestrian struck and injured by a motor vehicle insured by GEICO. The owner of the offending vehicle was able to demonstrate that he was a victim of identity theft and did not actually lease or insure the vehicle with GEICO. GEICO disclaimed cliaming that the insurance policy was procurred through fraud and was therefore void. Berson & Budashewitz, LLP, was retained by Ramos’s counsel and successfully commenced an action against GEICO resulting in a settlement of $95,000 from the applicable $100,000 policy.

We agree with the Supreme Court that Vacca’s failure to furnish State Farmwith notice of the first action within a reasonable time after its commencement would have furnished a valid ground upon which State Farm could have disclaimed coverage. We also agree that his failure to provide such notice in this case deprived State Farm of any opportunity to contest the issue of its insureds’ liability. These circumstances, however, do not operate to distinguish the present case from the result in General Acc. Ins. Group v. Cirucci, supra.

State Farm, in its disclaimer letter, failed to cite Vacca’s failure to provide it with timely notice of the first action, but rather cited the failure of Kagan and Kremer to do so. Although State Farm had a basis upon which to disclaim coverage against Vacca based on his inaction, under General Acc. Ins. Group v. Cirucci, supra, State Farm’s disclaimer, to the extent it was based solely on the inaction of its own insureds, did not affect Vacca’s independent rights.

We note that Vacca furnished notice of the accident to State Farm shortly after the occurrence. We do not agree with State Farm’s contention that the rulestated in General Acc. Ins. Group v. Cirucci, supra, which would entitle Vaccato a judgment declaring that State Farm’s disclaimer was invalid as to him, does not apply here, where the plaintiff is attempting recover the amount of an unsatisfied default judgment pursuant to Insurance Law § 3420(a)(2) and(b)(1).

For these reasons, the plaintiff’s motion for summary judgment should have been granted and State Farm’s cross motion for summary judgment dismissing the complaint should have been denied. In addition, we remit the matter to the Supreme Court, Kings County, for the entry of judgment in favor of Vacca and against State Farm in the principal sum of $100,000, the applicable limit of the subject policy ( see Insurance Law § 3420[a][2] ). 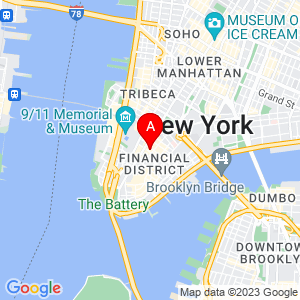